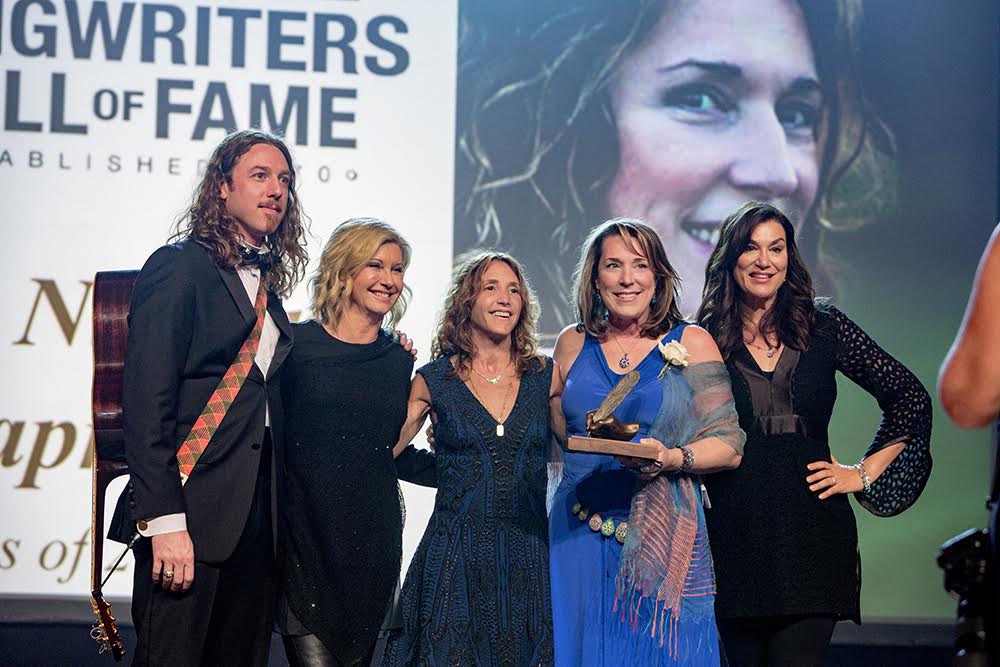 Songs have always found me. Leaking in through a melody as it to opens up from one note to the next, or taking my voice for a walk on a narrow path of twists and turns not knowing where it’s going.

The other day I found a dusty old portable real to real tape machine with an ancient recording that I made when I was 12 years old. You can barely make it out through the muddle and tape hiss, but it’s the sound of me doing that very thing that I still do today when I stumble into writing a song. Traces of a melody and some nonsense syllables, the vowels already lining up inside the melody arranging themselves miraculously close to where they will be in the final lyric, the consonants and the meaning coming into form later out of the mist from this place of “I don’t know”.

I really started to become a songwriter when I stopped being stopped by the “I don’t know” and I started to embrace the ” I don’t know yet.”  I decided that the songs were already perfectly written and my part was to stay open to clues and to keep my “show up” muscle in shape especially through the long silent periods, or through times when, following rejection, I was battling the voice in my head that said I just didn’t have what it takes.  I’d show up anyway and I’d give that “negative-voice” part of me a cup of tea and a magazine and say “join me you little worry wart! Interrupt me at any time. I’ll just be over here on the other side of the room finishing this song.”

There’s a lot of uncertainty in this profession and I know I’m preaching to the choir here. There is a particular muscle that one develops from pouring their whole heart and soul into something and sending it out into the world (sometimes without proper clothing) and having no control over what happens to it, no control over the perception of its worth, and these days no control over how much compensation is received back from the energy, the value and the riches that the use of it has generated.

But the uncertainty in the profession of songwriting should never be confused with the art of songwriting. I have tried to remember to keep my tender creative seedlings away from the superhighway of the music biz. To “write anyway”. Even if it’s only the trail of my life’s impressions and echo of my heart’s voice. I want to decorate the inside of my cave wall with the true expression of my experience of things and that is all that I can control.

Tonight as I accept this award I feel like I’m standing in front of my tribe. Hunters and gatherers, scavengers, and “soul miners.” We work all our lives to dig out that little piece of truth from the depths of our life’s perceptions as we create, in three minute vignettes, these sonic offerings into the world. The power held in songs is immeasurable and I think, even though individually we struggle with our self worth, we all know the value of what we do.

My songs have always known more about what’s going on inside of me than I have as I’m writing them. Some were written in anticipation of things that hadn’t even happened yet. If I had to boil it down to one thing I would have to say my lifetime of song wrangling has been about the life and death and rebirth of my confidence in myself and my faith in the ever-presence of creative flow, which, to me is just another word for oxygen. I really believe creativity is just hanging out like air itself waiting for us to breathe in and use it to live.  Some of us have just developed a deeper lung capacity. But anyone can do this breathing dance in their own completely unique and original way. It’s not a competition. It’s a birthright.

I moved to Nashville from Mobile Alabama in 1984 with my four-year-old son and my husband Ernest who had been pestering me for six months and threatening to start smoking again unless I sent a tape of my new songs to Nashville and get reconnected back into the music industry. This followed my three year lapse in songwriting after my first album had flopped miserably, thanks to its debut coinciding with the dawn of the disco era.

Back then you could find me singing six nights a week in the open air lounge right near the elevators at the Riverview Plaza, loving being a new Mom but at a very low point of self worth and confidence as a songwriter.  In one of those iconic moments in life, one night during my last set, Bruce Johnson of the Beach Boys came and sat down right in front of me and asked me to play another song I wrote. He ended up saying “you need to move to Nashville or somewhere where that there’s a music business.”  If not for that I may never have had the nerve to move here and give it another chance.

Creating music has brought me through the tragedy of losing my husband Ernest in 1994, and it has helped heal me on my journey through breast cancer in 2000. It’s carved a path in my heart to finding love again with my husband Bob and it has sent me all over the world from sitting on a cardboard box banging out a tune with a family in the township of Soweto to singing for the Queen of England in Scotland this past summer.

These opportunities didn’t happen without much help along the way and it would be impossible to thank everyone who has played a part but you know who you are.  In my state of anxiety about how not to leave anyone out, I decided to beg forgiveness on the front end if I don’t mention everyone by name and instead touch on just a few major instances where someone’s interaction with me caused a shift or opened a new door for me especially in those early days.

I want to thank:

The first major music event I ever attended when I first moved to Nashville was the Songwriting Hall of Fame dinner. To be inducted this year into this profoundly amazing group of human beings is beyond the highest honor I could ever imagine receiving.

Thank you NSAI & Hall of Fame, family and friends — especially my mother and father who have always celebrated and encouraged my creativity.